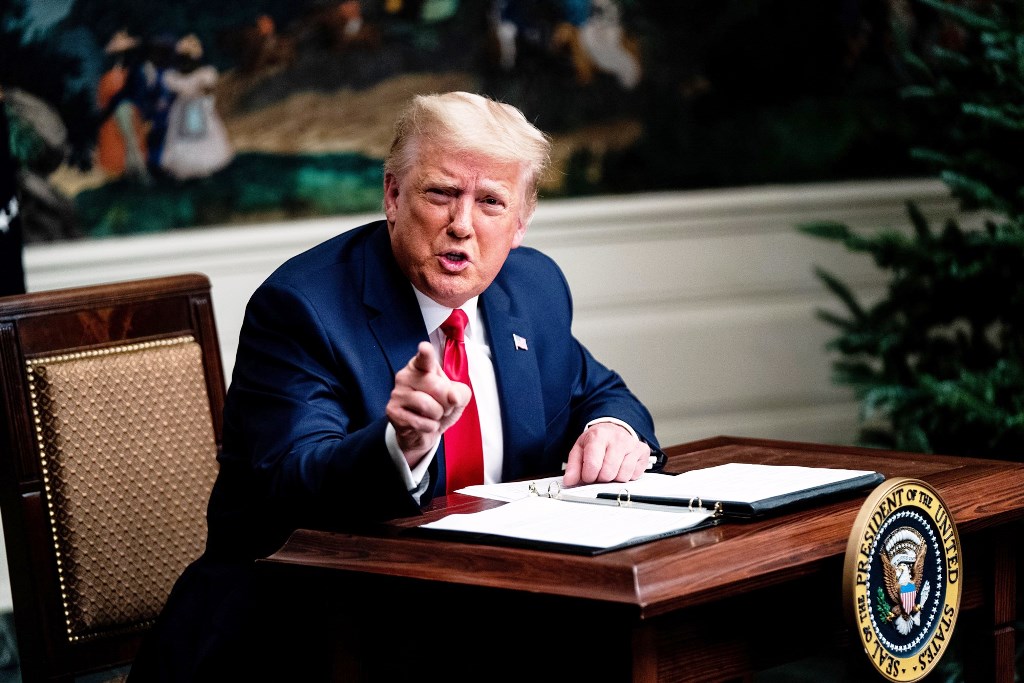 WASHINGTON — Speculation that President Donald Trump might issue pardons before he leaves office for members of his family or other supporters raises a question about whether pardons can be issued pre-emptively — that is, before someone is charged with a crime.

And the answer is undoubtedly yes.

The Supreme Court said as far back as 1866 that the pardon power applies “to every offense known to the law, and may be exercised at any time after its commission, either before legal proceedings are taken or during their pendency, or after conviction and judgment.”

That means a pardon can be issued before someone is investigated, charged or convicted.

The authority is granted by the Constitution, which says a president “shall have Power to grant Reprieves and Pardons for Offenses against the United States.” So the pardon applies to things already done that are potential federal crimes; in other words, a pardon cannot apply to future conduct, only to past actions.

Samuel Morison, a Washington lawyer and former pardon attorney at the Justice Department, said a president could even issue a pardon that applies to virtually anything a person might have done in the past.

“The limits on the pardon power have to be found in the Constitution, and the only limit the Supreme Court has ever recognized is you have to have committed the offense,” Morison said.

Pardons can be worded in a broad way. The pardon granted just before Thanksgiving to former Trump national security adviser Michael Flynn, for example, applies to his lies to the FBI, everything covered in his earlier plea agreement, and “any and all possible offenses arising out of facts and circumstances known to, identified by, or in any manner related to” former special counsel Robert Mueller’s investigation.

President Andrew Johnson granted a blanket pardon to anyone involved with the Confederacy during the Civil War. President Jimmy Carter granted unconditional pardons to men who evaded the draft during the Vietnam War. And most famously of all, President Gerald Ford gave Richard Nixon a “full, free, and absolute pardon” for conduct related to the Watergate scandal that led to House impeachment proceedings.

So the notion that pardons can be “pre-emptive” is beyond dispute. / NBC