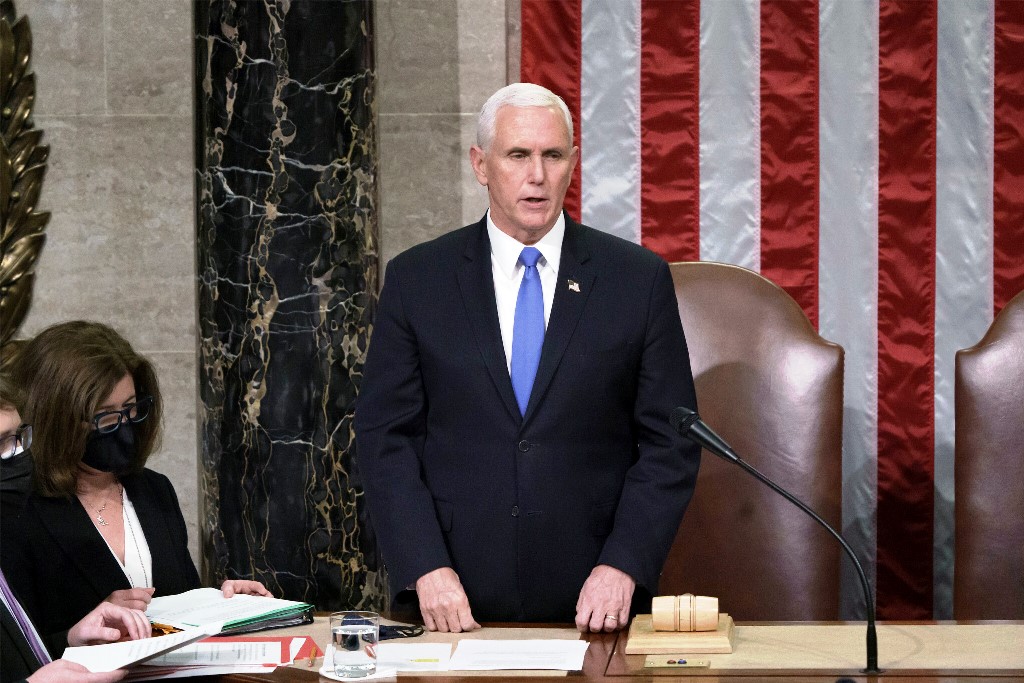 Relations between Trump and Pence — who was previously one of the mercurial president’s staunchest defenders — have nosedived since Wednesday, when the vice president formally announced Biden’s victory in November’s election.

A mob of far-right demonstrators stormed the US Capitol the same day in a failed bid to stop Congress from certifying Biden’s win, in a riot blamed on Trump that left five dead.

Multiple media reports on Saturday cited senior administration officials as saying that Pence — who was forced to take shelter from the intruders during the riot — had decided to attend Biden’s inauguration on January 20.

The president-elect earlier in the week said Pence would be welcome at his formal swearing-in, due to take place in a scaled-down format due to the coronavirus.

“I think it’s important that as much as we can stick to what have been the historical precedents of how an administration changes should be maintained,” Biden told reporters.

“We’d be honored to have him there, and to move forward in the transition.”

Trump said on Friday he would not attend the inauguration.

The outgoing president has been accused of provoking Wednesday’s violence, and now faces an unprecedented second impeachment, expected to begin on Monday.

House Speaker Nancy Pelosi warned that Democrats would launch the process unless Trump resigned or Pence invoked the 25th Amendment, in which the cabinet removes the president from office.

While Pence has not spoken publicly on the subject, the New York Times reported Thursday he was against invoking the mechanism, never used before in US history. Jerusalem Post